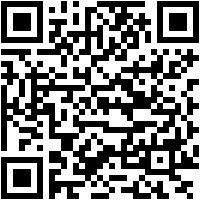 The description of Artillery Guns Arena

Description
On the occasion of the 70th anniversary of Victory Day in honor of the feat of Soviet soldiers, in memory of the fallen heroes. In gratitude for the Victory and Peace, this game was born. The feat of senior sergeant Nikolai Vladimirovich Sirotinin was taken as the basis.Game of the game

One Field Warrior is an artillery gun simulator based on the history of World War II. The Great Patriotic War of 1941-1945 was very cruel, death and grief were at every turn, our game gives you a chance to feel this. Kursk, stay strong! Destroy! Destroy the bloodthirsty hordes of invaders to the nines, with blood and then get victory! Decide the historical outcome in the confrontation between the USSR and the Wehrmacht, you are a real military soldier, loyal to honor and duty, and not some crook or coward, bring the country a historic victory, restore peace and order around the world with powerful guns!

And remember, all enemies need an individual approach! The chance of penetration and rebound depends on the angle of impact of the projectile.

🗺️ Features
⭐You will have a choice of several types of shells such as armor-piercing, high-explosive and sub-caliber with their strengths and disadvantages.
⭐Ability to arouse Allied support in the form of a T 34 tank, airstrike and Katyusha field rocket artillery systems
⭐Test guns such as “53-K”, “ZIS-2”, “ZIS-3”, “BS-3”. Upgrade your gun.
⭐ Destroy legendary tanks such as Panzer 3, IV, Hetzer, Tiger, Tiger 2, Mouse.
⭐System of modular damage knock down the tracks or undermine the ammunition by hitting the tower.
⭐ Weekly competition among players with prizes. Enter your nickname in the leaderboard.
⭐System of achievements and daily tasks.

💁‍♂️Information
!!! If the game hangs on the download. Allow recording to the device. !!!
The game was tested and run on the Nexus 5 and Note 8.0.
(Requires connection to Google Play Services)
The game requires an internet connection.